Which Dutch crowdfunding projects and campaigns could use a little hand? Which entrepreneurs are likely to raise enough money but still have time left to raise more? We listed 10 projects you can still back, which at least have two or more weeks to go (as of June 15, 2016).

Michael Romaniuk from Utrecht is a true cycling enthusiast, something you can clearly see in this project. Stokbikes is Dutch design that has redesigned the bicycle stem and pedals which means a much needed space-saving solution in urban cycling.

Look up creativity in the dictionary and you might find Toon and David. These two guys have created the Dato DUO, a synthesizer for two, meant to encourage making music together. You know what… put those guys next to 'awesome' as well! 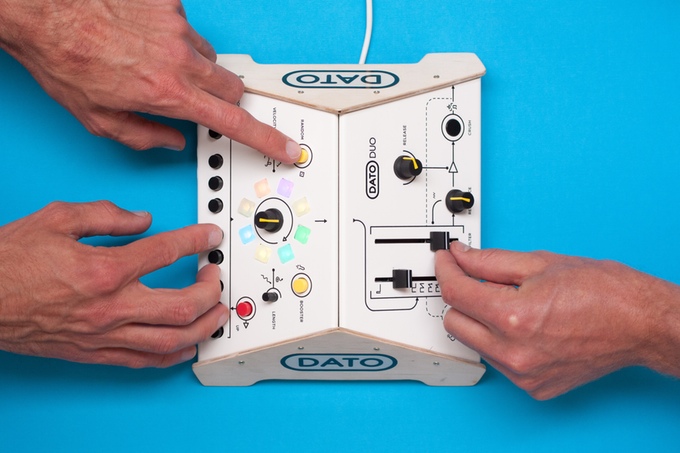 Marcel Peters from Bundles believes in the circular economy. The startup offers 'washing without waste', where you don't buy a machine, but only pay for its use. Cheaper and cleaner! The Bundles campaign is a presale.

Team Fast is a group of ambitious students from the Technical University Eindhoven. They made a toy car drive on formic acid, or 'liquid electricity'. Now they want to scale up to a city bus. Also read our article on this team.

The Ketchup Project definitely deserves our attention. It's a social enterprise that just needs a little more financing to succeed. Together with farmers in Kenia this startup makes delicious ketchup out of tomatoes that would have gone to waste. More importantly, the project helps farmers get a better rate for their products.

Ockyz is developing Sweakers, non-slip swimming socks for kids. In 2014 it already raised 100.000 euro in no-time. Now the project is overfunded on Symbid in their second round. CEO Jermaine Soerli and his team are on the verge of expanding to 20 distributors across Europe. Be sure to invest while you still can.

Maggy offers an all-you-can-read magazine subscription. Labeled as a 'Spotify for magazines', it is another addition to the Dutch online kiosk market of Blendle, eLinea, MyJour and Bliyoo. The interesting part is that the startup claims to be ready for a quick international scale-up. You sure got us curious!

Maak een Praatje (Have a Chat) is one of those projects you'd just love to see take off. This startup helps the elderly to find a buddy to talk to. Just support it already.

Clevergig cleverly piggybacks on the gig economy. At least in the name. But there's more than meets the eye: the app offers on demand hospitality staff, trying to bring balance to peaks and demand.

GroupClip lets you edit multi-angle videos you and your friends make at the same time. It sure sounds great on paper. Time will tell if this app will get traction. Bonus points for the explanation video: no ukelele or xylophone sounds.